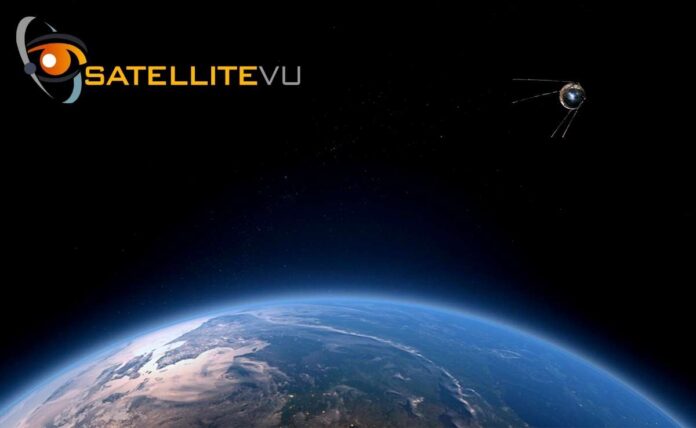 The agreement provides the London company with 24/7 access to its constellation. This would allow the company to swiftly transmit its thermal imagery and the analytics it generates from it, as well as guarantee prompt responses to clients who order new collections. This is crucial since it will help the company capture a larger market share.

The California-based satellite provider Viasat also operates on the ground. The company’s ability to plan, construct, and run a worldwide antenna network assures that it can back up communications around the world, regardless of where they occur (on land, in the air, or at sea).

In every corner of the world, this organization serves government and commercial satellite companies.

The following was provided by Viasat’s Vice President of Real-Time Earth, John Williams.

“Our company is honored to have been selected by Satellite Vu as the sole ground services supplier for the company. Our companies share a commitment to fostering a culture of innovation and to promoting constructive change on a global scale.

In conjunction with the global rollout of our Real-Time Earth ground service, Viasat will provide Satellite Vu with consistent access to ground stations at the poles and low latency distribution of data. These skills will have many applications, including monitoring carbon emissions, analyzing wildfires, and increasing productivity.”

With the use of satellite photos, Satellite Vu was founded to address some of Earth’s most critical issues.

The company’s goal is to launch a constellation of satellites that can measure the global warming potential of every structure multiple times throughout the day and night. The measurements will be taken utilizing light from both visible and infrared spectrums.

According to the British company, identifying and tracking heat waste from the built environment is essential as we work toward decarbonization and a future with net zero emissions. This assertion is being made as momentum grows for initiatives to decarbonize the economy and usher in a time of zero net emissions.

The primary goals of the Satellite Vu project are to debunk charges of greenwashing, find evidence of water contamination, and support emergency response operations by monitoring events like wildfires.

The business will also oversee the tactical retrofitting of older buildings to make them more energy efficient and reduce energy waste. The problem of rising living costs and the effects of urban heat islands will be easier for municipalities to handle.

Additionally, Satellite Vu’s infrared data can reveal how intensively industrialized regions are in proximity to essential facilities like power plants, refineries, and ports.

These images will provide valuable information on the state of the economy, the efficiency of energy consumption, and catastrophe prevention and response.

The Vu satellite in orbit will measure Earth’s temperature regularly.

To that end, Anthony Baker, founder and current CEO of Satellite Vu, is pleased to be partnering with Viasat. “We share a desire to deliver information into the hands of people all around the world,” Baker stated.

We think our data will radically alter the fight against climate change by giving people access to factual information and the tools to monitor and, ultimately, exert control over their local communities and the way they live to ensure their way of life is environmentally friendly and will be around for future generations. For the simple reason that locals will have more say in the laws that affect their quality of life and their surroundings.

So far, Satellite Vu has raised a total of £20 million from several investors, including grants and venture money from Seraphim Space Investment Trust. The startup’s investors include Google, Microsoft, Lockheed Martin, and Molten, among others.

Two of the satellites in the constellation will be launched by SpaceX at the beginning of 2023 and 2024, and the constellation itself will be developed in collaboration with Surrey Satellite Technology Ltd. Almost certainly, all of these launches will happen at the same time.